Soft and fluffy buckwheat muffins that are naturally sweetened with molasses, raisins, and fresh apple. Easy to make, healthy, and kid-friendly! 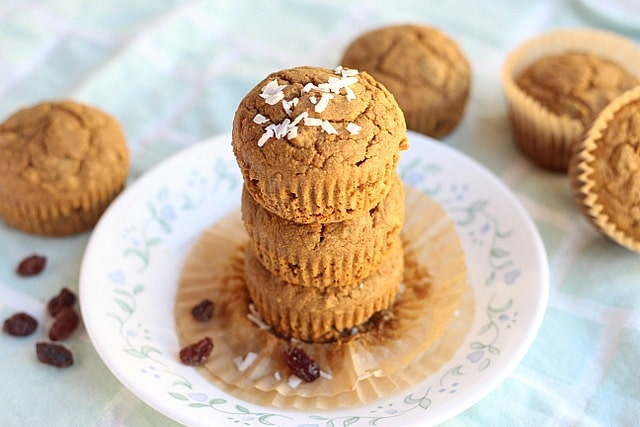 What can I say, I get easily obsessed, and because buckwheat is so well tolerated in our home, I've been creating oodles of recipes with it.

One of my favorite things to do, aside from this blog and all of its attachments, is read old cookbooks.

I love poring through recipes created in the 70s and 80s and deriving inspiration from them. These books are very different from the culinary time we're currently in, which revolves around gluten-free flours, nuts, and meat-free entrees.

I find it comical how each cooking generation has its certain trendy ingredients. In the late 70s/early 80s, some of the most popular foods included dry milk powder, whole wheat, wheat germ, and molasses! 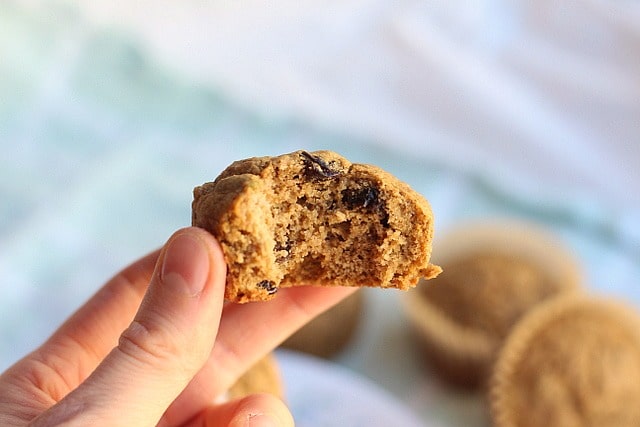 I looooooove molasses. It's quite the under-used sweetener, in my opinion. It's got a great nutritional profile as well as a delicious, unique flavor that screams Fall, so I thought these muffins would be a great addition to the blog.

To be fair, I'll warn you who are used to sugary muffins that these are modestly sweet.

They derive their sweetness from the molasses as well as the apple and raisins. In accordance with what I wrote in the post about How To Lower Your Sugar Intake, I've added good amounts of cinnamon and vanilla to this recipe, both of which add to flavor and aid the transition for anyone trying to retrain their sweet tooth.

My daughters both eat and love these, so I figure if two kids enjoy them, they've got a shot with some of you!

As with just about every buckwheat recipe I post, I use these raw groats and grind them in a coffee grinder to make flour. I personally don't care for the pre-ground variety, as it has a much stronger taste. 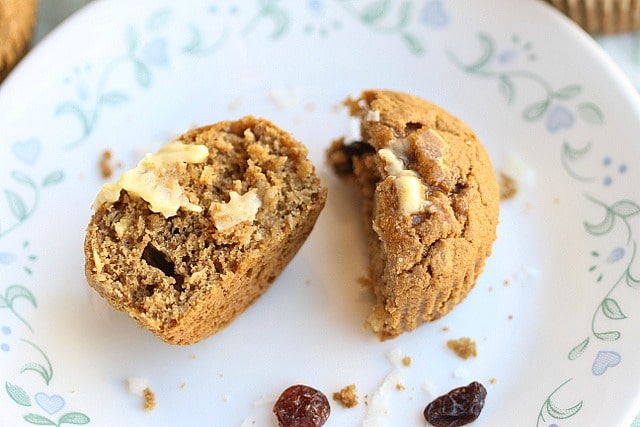 Do you enjoy molasses?