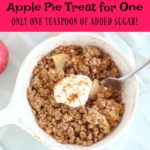 For the days you're not eating chocolate, this gluten-free apple pie treat for one is a hearty, lower sugar snack that can be dressed up with ice cream or dressed down with creamy yogurt. 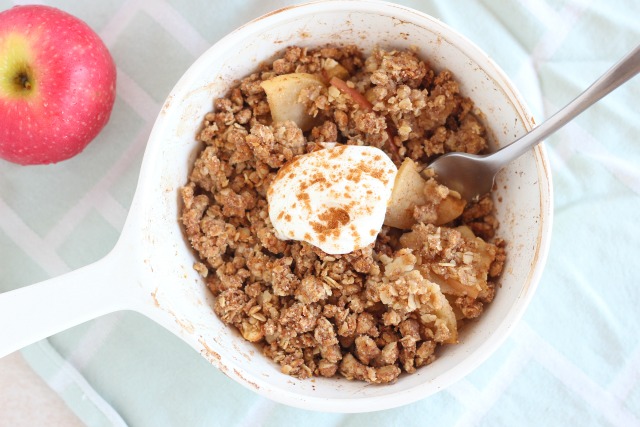 Remember my mention of non-chocolate days? (I know, the horror...)

Well, today's recipe is in continuance of that theme.

To recap, there are days I try to refrain from having chocolate, as I want to avoid becoming allergic to it or being reliant on the caffeine content.

On those days, I usually have a fruit-based 'dessert' of sorts, and this little apple pie treat has recently made the cut as 'blog-worthy'.

I say apple pie, but it's really more of a crumble or crisp, as there is no crust to make.

How to make a low sugar apple treat

I love oatmeal, cinnamon, and apples together! The three foods are also naturally sweet on their own, eliminating the need for a lot of extra sugar.

The base for this is simply a cut up apple, a bit of milk, and cinnamon.

For the topping, I've mixed quick oats (which I find have a better texture in this recipe than whole oats), buckwheat flour (freshly ground from raw groats), a sprinkle of coconut sugar, coconut oil, and Greek yogurt. Cinnamon, also!

I actually use a combination of coconut oil, ghee, and Greek yogurt in the topping. The yogurt adds flavor and texture without having to add in extra fat, though you could substitute it for more of your chosen fat. 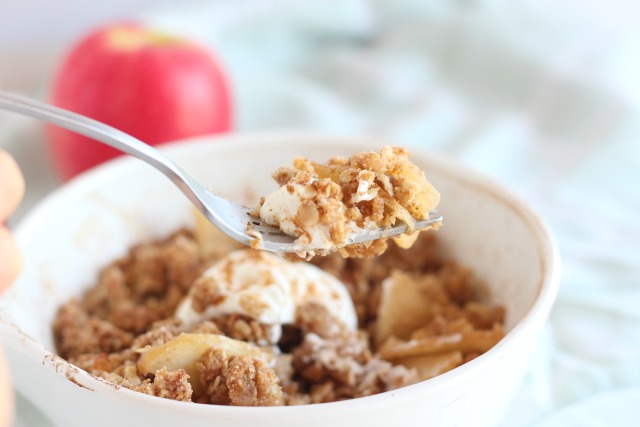 How to top this low sugar apple treat

Toppings range from the naughty to the very nice, with vanilla ice cream number one on the 'naughty' list.

Stevia-sweetened whipped cream, Greek yogurt with a drizzle of honey, or (my favorite) a good splash of your favorite milk are all excellent options.

I like to add in about 1/4-1/2 cup of my Homemade Walnut Milk, as the walnut flavor is quite complimentary!

I then I proceed to eat it like cold cereal!

If you're looking for other apple-based treats, check out some of my favorites from the archives: 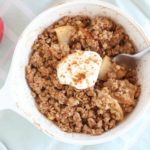 For the days you're not eating chocolate, this gluten-free apple pie treat for one is a hearty, lower sugar snack that can be dressed up with ice cream or dressed down with creamy yogurt.

I grind my buckwheat flour fresh from raw groats.

This dessert relies a lot on the sweetness of the apple. If you need more, add in a little more coconut sugar or a dash of stevia.

Start with a well-oiled ramekin or dish... 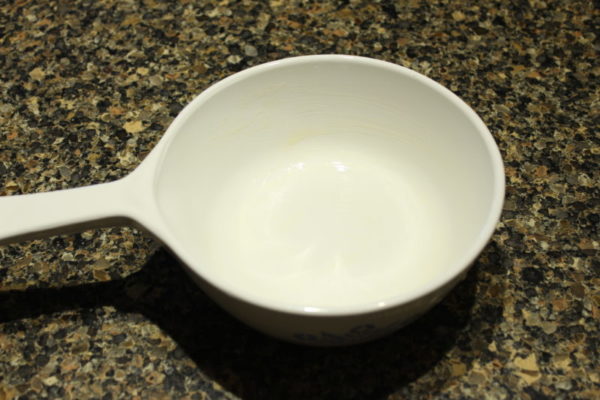 Fill with the apples... 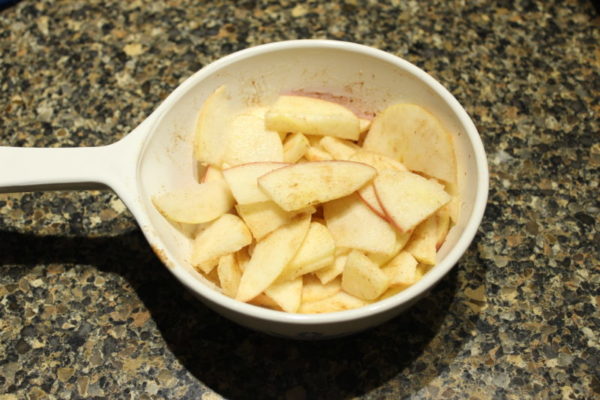 Mix the topping together... 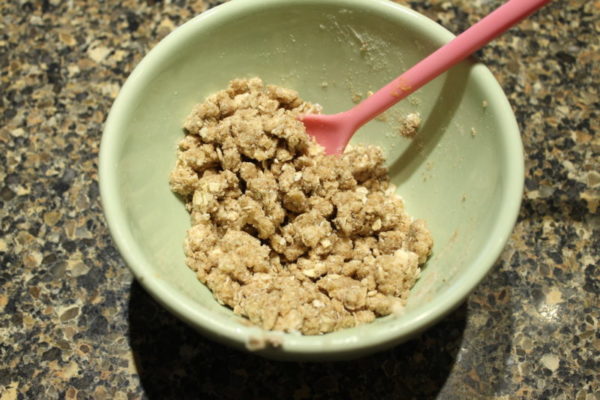 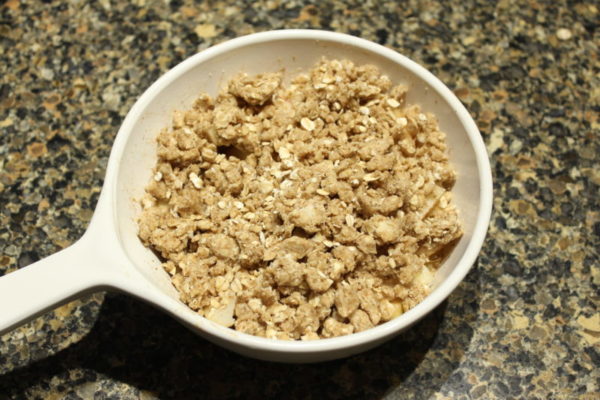