Halfway through September, who can believe it?!

I'm still hung over from summer and hardly ready for Fall. I am excited to see pears and apples and even pumpkins on the horizon though.

It's been a heck of a month for me, as I've been fighting off a nasty sickness and dealing with the possibility of moving in two weeks. I'll get more into that in a later post.

For now, let's have a look-see at all the delicious food I've been partaking of! 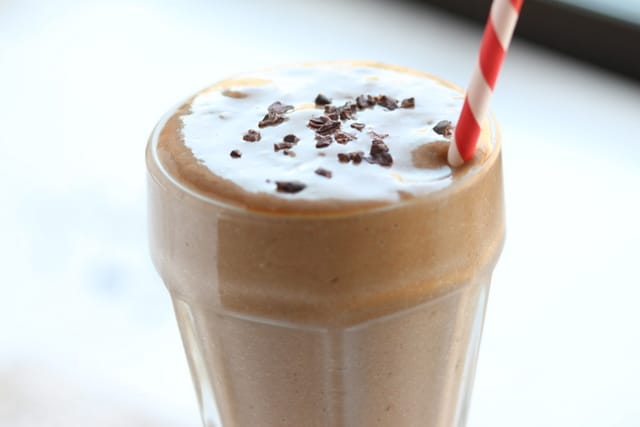 This day, I enjoyed my Paleo Chocolate Milkshake for breakfast.

I made a triple batch and shared it with the kids before school. Because Jade had some, I traded the walnuts for about 1/2 cup of hemp seeds, which made it quite filling!

I've also been employing a little trick lately to make the shake more 'ice cream-like'. I freeze my Homemade Coconut Milk in an ice cube tray and use it in lieu of water cubes.

Since the girls started school, the hubs and I have been enjoying our alone time quite a bit.

He gets home from work around 8:30am, and he'll sit with me at the computer for a bit while I work on blog stuff.

Then, we run errands together with Sammy, come home, and have lunch together.

This day, and many days lately, we've been eating my Homemade Spelt Pizza. 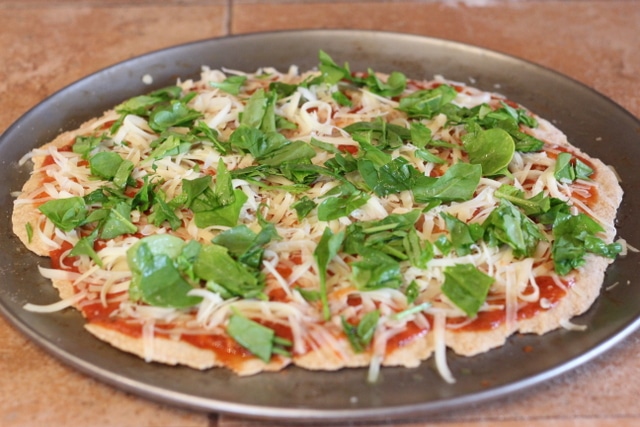 I like mine light on the cheese and heavy on veggies (and bread, lol).

When our pizza coma wears off, we usually like to have a treat of some sort before we hit the gym.

I'm telling you, having dessert before dinner is awesome. It gives me a dash of pep for the remainder of the day, and I don't go to bed full of carbs and sweets.

On this day, I made my Oat Flour Chocolate Chip Cookie... 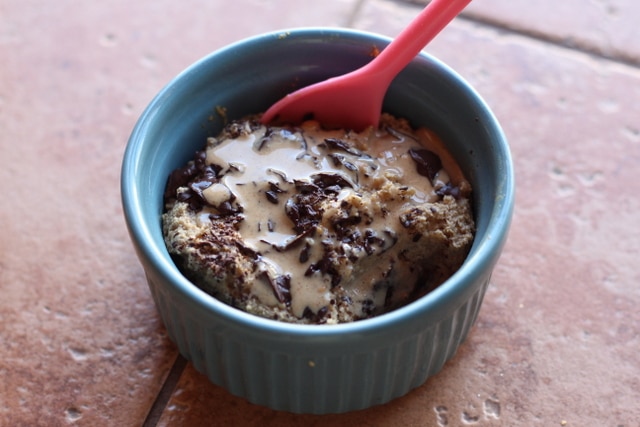 I topped it with a serving of Peanut Butter 'Frosting', which really takes it over the top.

This is my favorite treat right now!

I tried a new recipe on a whim this night. 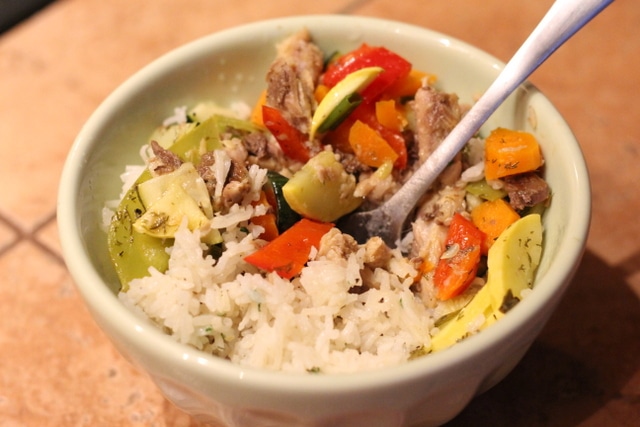 I layered sardines, various vegetables, including squash, red bell pepper, and snow peas, in a casserole dish, topped it with olive oil, lemon juice, and dill, and baked it.

I didn't have high hopes for this, and really didn't think anyone would enjoy it, but it turned out to be a hit, even with the kids!

It'll definitely make an appearance here soon, though I know many will be skeptical of its deliciousness.

I served the meal with white rice that had been sautéed with butter, onion, and garlic, and tossed with a bit of parsley.

Because I enjoy my dessert earlier in the day now, I usually end the night with a tea of some sort. Peppermint, ginger, cinnamon, licorice, and red raspberry are among my favorites, and they all have positive benefits, which is nice.