Melted Chocolate Ice Cream Smoothie - This smoothie is a less indulgent way of enjoying sugar-laden chocolate ice cream. The taste is incredibly similar, but it has no dairy and far fewer calories! 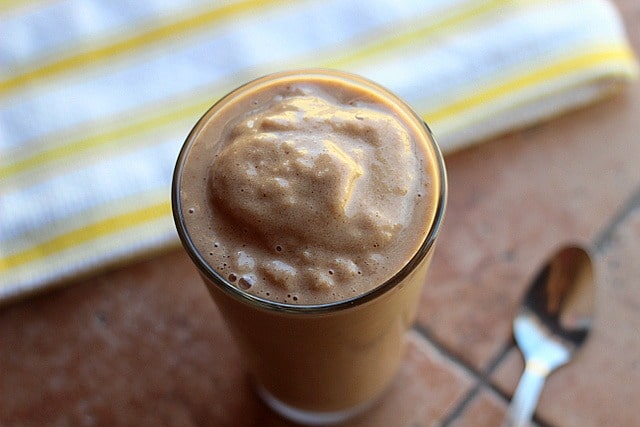 So, this recipe is nearly eight years old!

Like I mentioned previously, I've been updating some older recipes, so if you've been with me awhile, you may see a few blasts from the past. 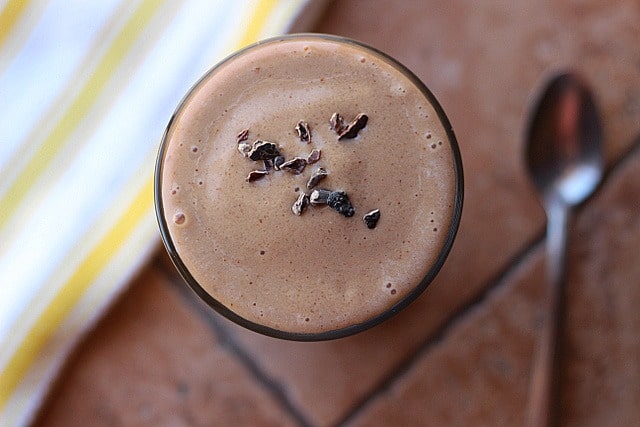 My husband and I moved into a new house this last week, and many of my meals were made in the blender, either on the go or in the mad frenzy of cleaning and packing.

What a treat I found in this recipe! Trying to pack in some nutrients, I put it all in the blender, adding the ice as an afterthought, since I like my shakes cold and slushy, and it came out just like the title professes. Only healthy. 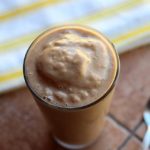 I love using raw carob powder, especially with my daughters since it has NO caffeine. Carob also pairs well with stevia. If you aren't typically a fan of carob, I urge you to try the raw version. It has a much milder taste with what I would describe as caramel undertones. In other words, it's the cat's meow. 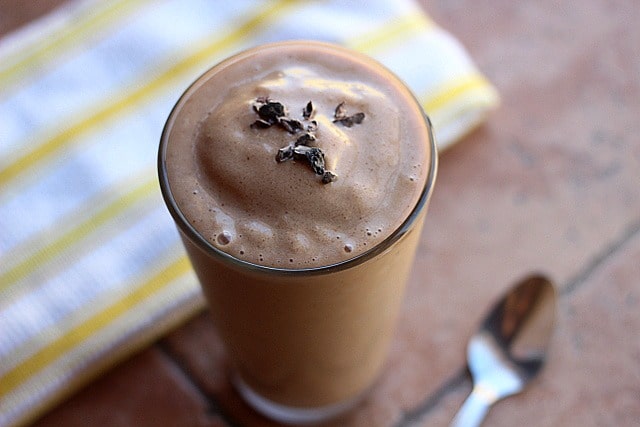 This recipe makes about two cups which comes out to 265 calories. If you were to eat two cups of regular chocolate ice cream, you'd be consuming over DOUBLE that amount. I'd say that's a pretty sweet trade!

All you green monster fanatics may wish to soil this with a handful or two of your dastardly spinach, but, I beg of you, treat yourself just this once.