Ever since having kids, I’ve gotten the WORST cold/flu this time of year. It’s very specific in how it operates, which alerts me that it’s the same sickness each time.

I got it againlast week, and after doing a bit of research, I’ve blithely determined that what I’m getting is a sinus infection.

My husband told me that he knows a few people who get them every year as well, and they take an antibiotic for it.

Now, I don’t begrudge anyone their OTCs (I’ll give my kids aspirin if they need it, and the hubs drinks NyQuil like it’s going out of style), but it ain’t my thang. I always go for the ‘natural’ way of healing, and after a fair amount of research, it appeared that cayenne was my ticket to normalcy.

I took a q-tip and snorted a bit up each nostril (burn!), and I also drank a bit in some water. Though the rest of my body is still recovering from the fever, I definitely noticed a huge difference with my nose and sinus area! There was less pressure, and my nasal cavity cleared almost immediately (but still,…burn!).

Just wanted to pass this on, as it’s a bit different from the typical oregano oil remedy you read about.

I bought these large flake coconut chips a while back for I don’t know what, but whatever the reason was, I soon forgot, and they’ve been taking up residence in my pantry ever since. Well, I was recently out of the grated coconut I use to make my Homemade Coconut Milk, so I thought I’d try this instead.

During my prep, I gave them a taste, and boy, are they good!! They’re slightly sweet, crunchy, buttery, and overall a substantial little snack that also curbs my sweet tooth. Give them a try sometime, I’m thinking they might be good toasted with some cinnamon!

Sammy has his two bottom teeth, but we can tell he’s in some significant discomfort with the remaining chompers! He gets needy and irritable, and starts drooling and biting on his hands.

At my wit’s end one day, my husband went out and bought these homeopathic pills to try, and they’ve been great! They calm him right down, and he’s much more manageable.

I just dissolve 4-5 of them in some water, and spoon the mixture into his mouth.

I love writing about any new beauty treatments or products I try especially when they’re 1) DIY, and 2) cheap!

Lately, my go-to quick mask is equal parts plain yogurt and raw honey, with a small spoonful of cinnamon, for circulation.

Love this one! It makes my skin soft, subtly flushed, and smooth. 15 minutes on and wash right off.

Have you ever paid attention to how many chocolate makers add soy lecithin to their bars? It’s nearly impossible to find one one without it, and for those of us with a soy allergy, it stinks!

Lindt’s (I believe) has a dark chocolate bar without it, as does Trader Joe’s. There are also a few other brands that don’t contain it, but many like to jack up their prices to five, six, and even seven dollars a bar! Preposterous!

While I generally make my own chocolate using this recipe, when I make chocolate chip cookies or the like, my homemade version doesn’t hold up well because of the coconut oil, so I have this along with an unsweetened bar on hand at all times for cookie emergencies. 🙂

What’s new with you lately? 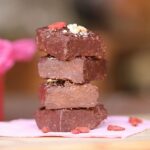 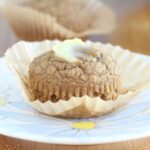 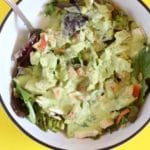 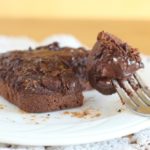 Fudgy Brownie for One