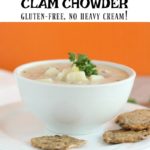 This healthy clam chowder is my favorite lower fat way to make the famous soup - Made with brown rice flour, goat milk, and LOTS of chewy, high protein clams! 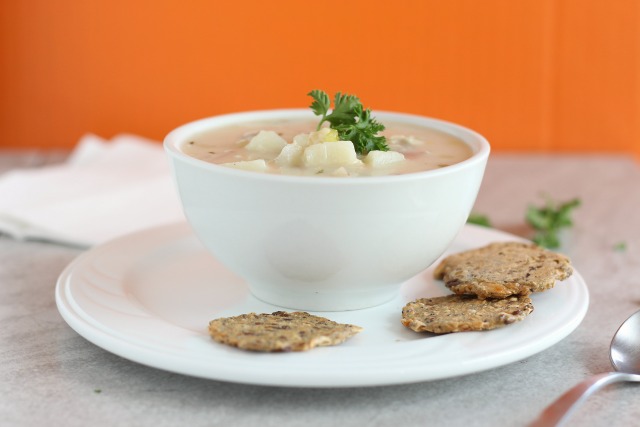 The beginning of this pregnancy was very difficult.

I was pretty nauseous from the get-go and found it almost impossible to feed myself!

I wanted absolutely NOTHING to do with my own food, unless it was a combination of already prepared items, like banana and yogurt. Consequently, I went through a period of eating what others made, most notably, soup.

Chicken noodle and clam chowder topped my cravings list, and my husband went to great lengths to indulge me. Bless him.

As the nausea died down and my hormones normalized, I began trying out my own recipes for the aforementioned soups. I already have a delicious Chicken Noodle Soup on the blog, but had never really explored the clam chowder arena.

My family used to travel to California quite a bit, where I'd often partake of the fresh clam chowder near ocean shores, so I've always had fond memories of the dish. I also knew, however, that recipes I'd seen and tried contained quite a bit of both dairy and gluten.

I'm opposed to neither, but I wanted to lighten my version up a bit, thus ridding myself of a calorie bomb. I like to eat lots of little meals and snacks, so I don't look to meals that are going to 'keep me full'. I actually don't want them to fill me up, thus allowing me to eat again sooner!

My goals with this healthier clam chowder recipe: 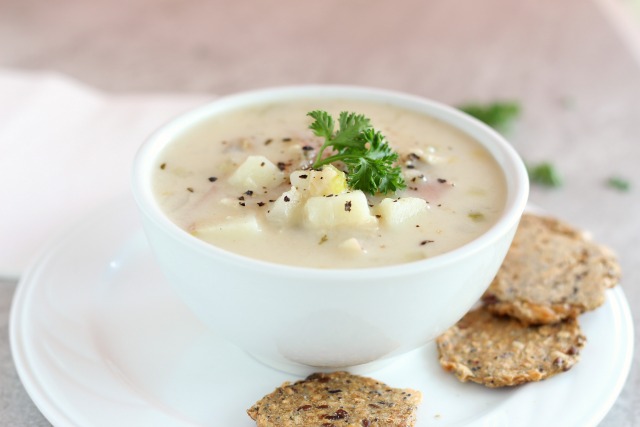 How I make healthier clam chowder

You could use broth in place of the water, but I'm actually not a fan. Most store-bought broths have sketchy ingredients, and I don't typically have the time or energy to make my own, so water it is! Easy, peasy.

I use brown rice flour in place of all-purpose, which thickens up just as well, in my opinion, and it's gluten-free.

Whole goat milk is what I like as a lower lactose, more digestible substitute for cow's milk or heavy cream.

I add quite a few clams to this recipe. I feel like so many prepared recipes skimp on the clams, and that's my favorite part!

I keep the spice addition to a minimum, adding pinches of thyme and paprika, and a couple of bay leaves. I like the clams to shine through!

My clam chowder may not be as thick and creamy as some, but it's a delicious version that is lighter in your belly and lower in unnecessary fat and cals! 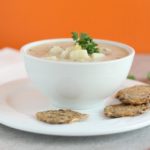 This clam chowder is my favorite healthier, lower fat way to make the famous soup - Made with brown rice flour, goat milk, and LOTS of chewy, high protein clams! 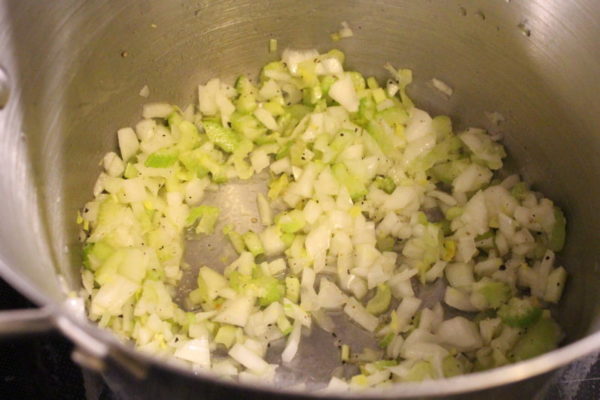 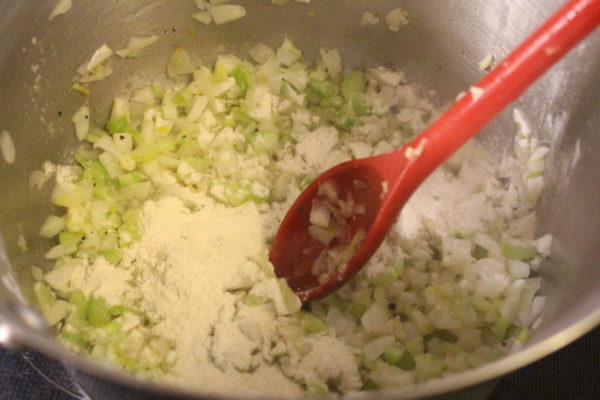 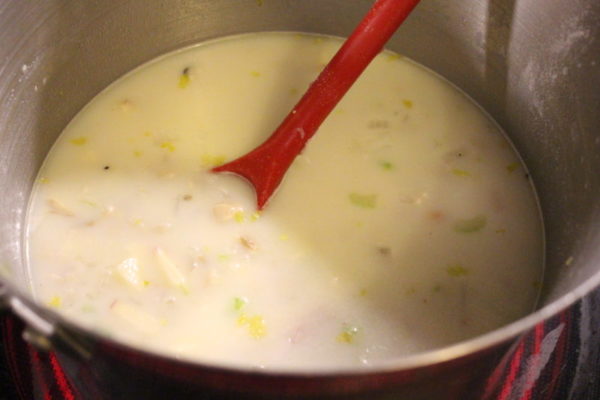 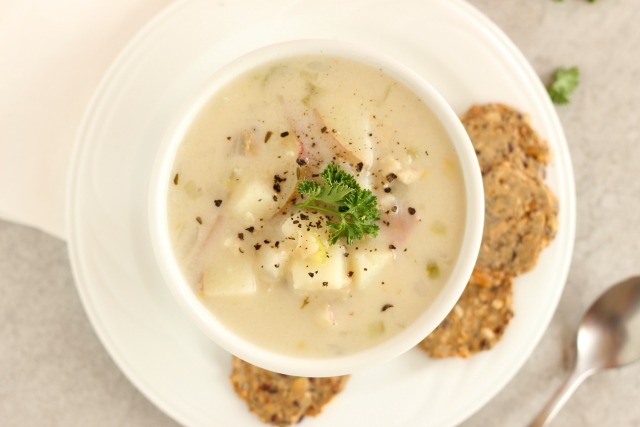