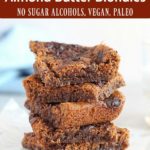 With only one tablespoon of added sweetener, these soft and creamy cinnamon almond butter blondies are a low sugar treat you can enjoy guilt-free! 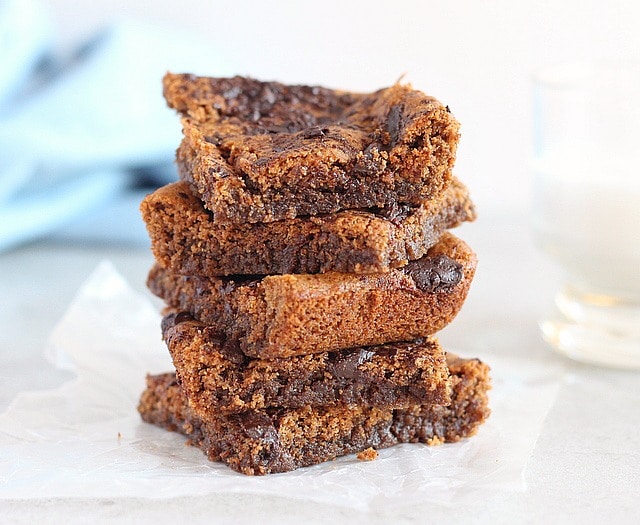 Almond butter, how do I love thee?...

As a kid, I hated almonds. Everyday, my mom would make me an after school snack that consisted of chopped, peeled apple and a handful of either almonds or sunflower seeds.

As an adult, I'm grateful to have had a mom that was so health-conscious, but back then, I cringed at such plates.

I've had a rocky relationship with almonds. I was allergic to them for a time, but have recently discovered I can have a little bit every once in a while.

I still don't dig the whole nut, but the butter...oh, the butter! There's something about the flavor that brings to mind 'cookie dough', and I am NOT one to turn down anything associated with cookie dough...unless it's full of sugar, which is why, these aren't!

Originally, I made these as a treat for my hub-a-bub, who has been having some various digestive issues.

He absolutely loved them, as did I! 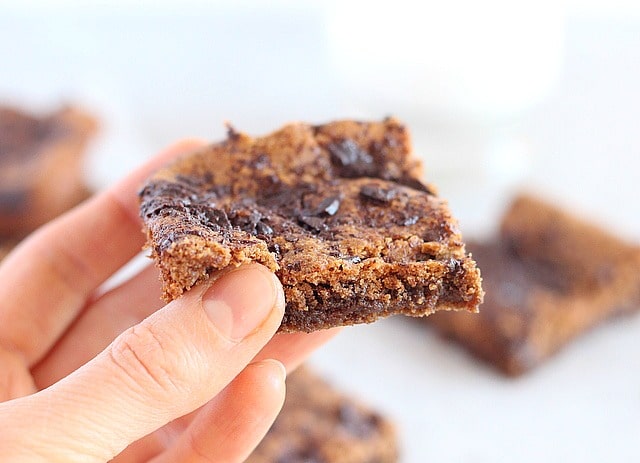 I based this recipe off of another, and the original recipe contains more sugar than we like to eat. As such, I used a combination of coconut sugar and stevia to achieve what I think is a very delicious result.

Vanilla and cinnamon bring a sugar-free sweetness to these, as well as a ton of flavor.

While the original recipe calls for an egg, I made a smaller batch and used applesauce as a replacement (it also adds in a touch of natural sweetness that compliments the almond butter and cinnamon tastes).

They don't bind together quite as well as the egg version, but if you give them time to sit and set, they do pretty well. They're even better when frozen! 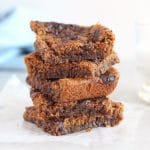 Nutrition facts are based on using unsweetened chocolate, as that is what I use. WW SmartPoints: 6 Recipe adapted from Kristin Cavallari

I use Trader Joe's raw, unsalted almond butter for this recipe. If you use a salted or roasted almond butter, you may not need any salt, and/or the depth of almond flavor will be more pronounced.

Items I use in this recipe include:

It all begins with some almond butter... 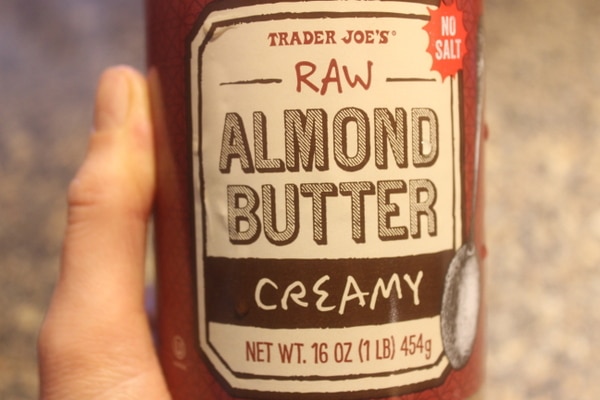 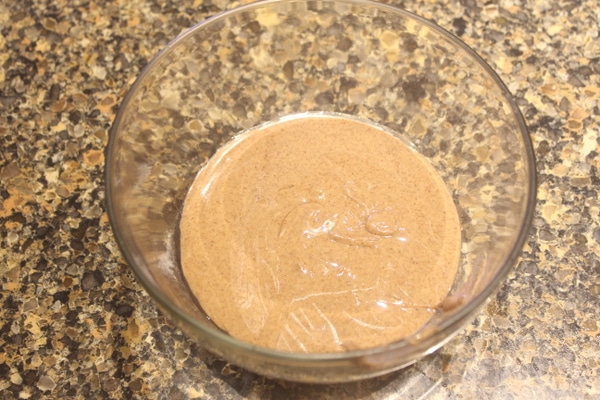 Add in the other ingredients... 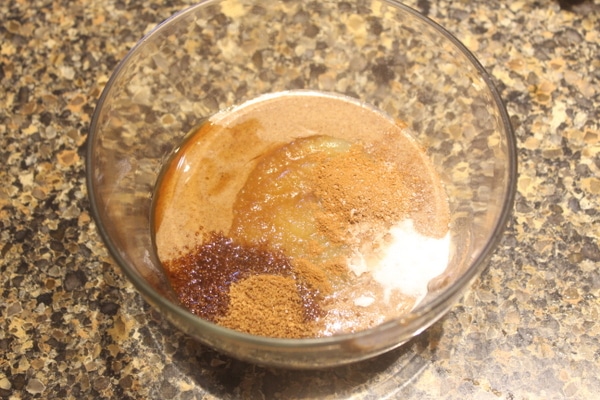 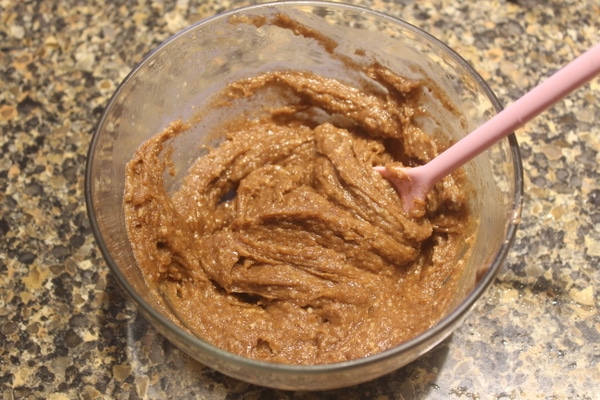 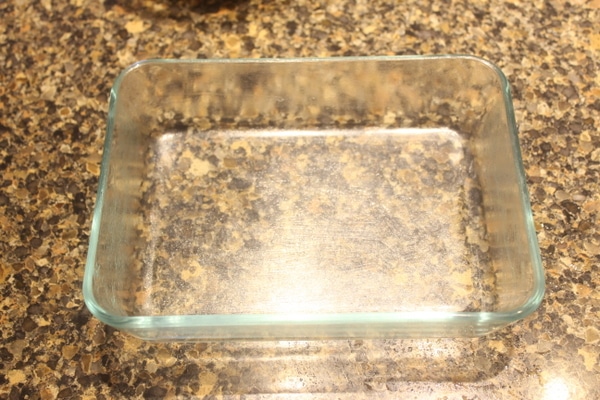 Press the batter in... 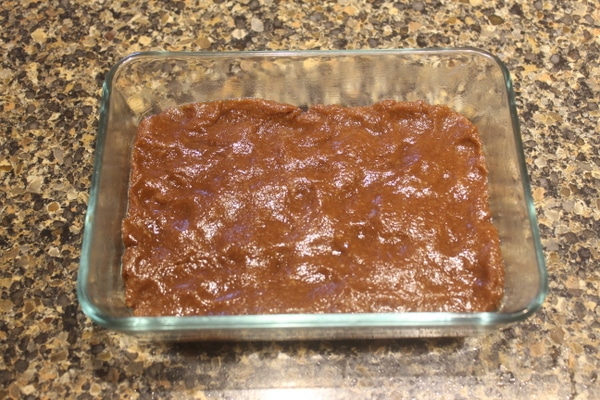 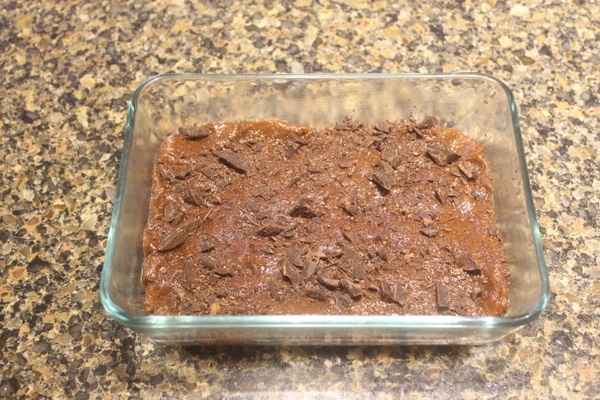 This is what it should look like after baking... 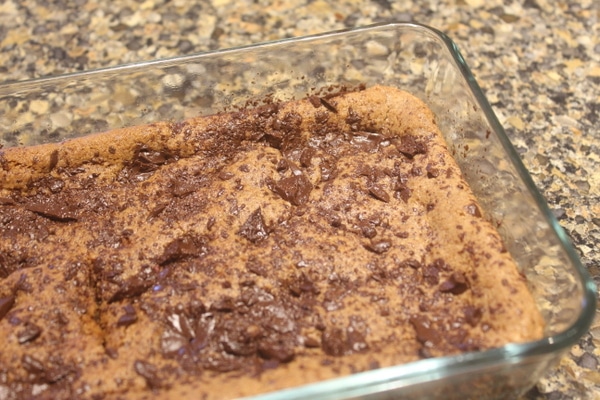 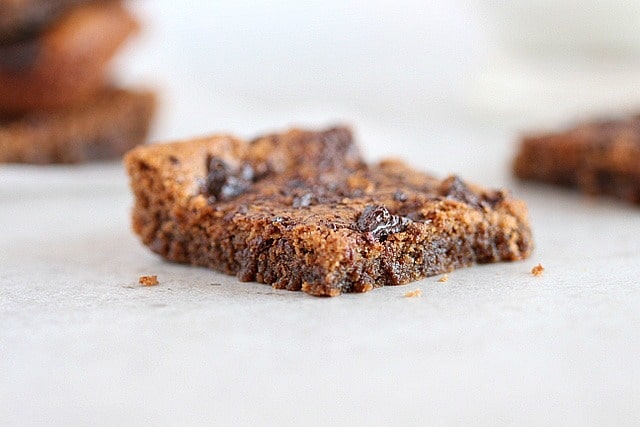