Today's recipe has had me experiencing a wide array of emotions.

Ever since stumbling across this little blurb regarding marshmallow root, I've been aiming to create the holy grail of vegan wants...the marshmallow.

Ok, maybe I'm overstating myself, but for some reason, even though I myself am not vegan, I have longed to create a vegan marshmallow. I've tried MANY times....using agar, using arrowroot, using glucomannan (I really thought I had it that time), and failed.....until now. 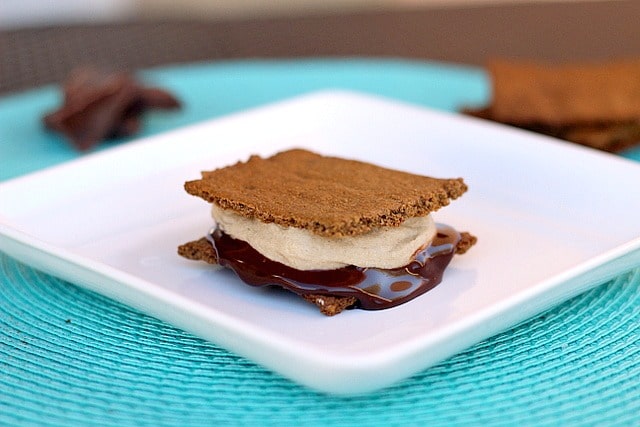 Who would have thought that marshmallow root would be the secret to marshmallows? Not me.

The Egyptians are thought to have discovered marshmallow root. They would mix it with honey and nuts for a treat, though no one knows what it looked like. While the process for making today's marshmallows was developed in the early 1900s, marshmallows didn't actually start becoming popular until the 50s, and they were nothing like the Egyptian confections. Doctors then began mixing the herb with sugar and egg whites and giving it to children for sore throats. Gelatin later replaced the root, rendering the candy ineffective for anything other than a good blood sugar spike.

The corn syrup/sugar pillows that we inhale today, while delicious, are void of the actual component that dawned their creation in the first place. Until now.

1-2 t. maple syrup, to taste (you could also use stevia for a sugar-free cream)

1-2 T. marshmallow root powder (if you're aiming to make a more pliable 'cream', use 1 tablespoon, if you want to try to set them and cut them into marshmallow cubes, use 2)

Mix everything together in a bowl. Place in the fridge for about an hour to allow to 'set'. 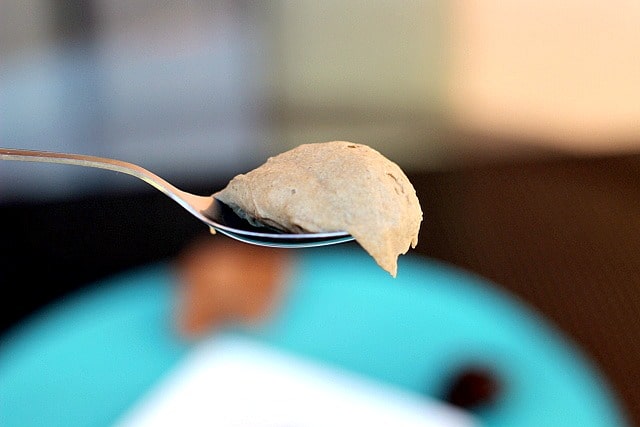 While I didn't cut these into the traditional fluffy cubes, I believe this could be done with a large enough batch.

To assemble the S'mores:

Start with a graham cracker. To create a traditional cinnamon graham cracker, I used this recipe with the following changes (thank you Chris for the inquiry Monday):

Follow the remaining directions and ingredients as stated. I cut this batch into squares for the purpose of making these S'mores.

Top the graham cracker with a chocolate syrup...I used a Homemade Chocolate Syrup (recipe coming Friday!), but you could also use the Chocolate Layer from my Double Layer Peppermint Bark, just eliminate the mint extract. I used a syrup because, obviously, this cream won't hold up very well over a flame, so there is no heat to melt the chocolate. 🙂 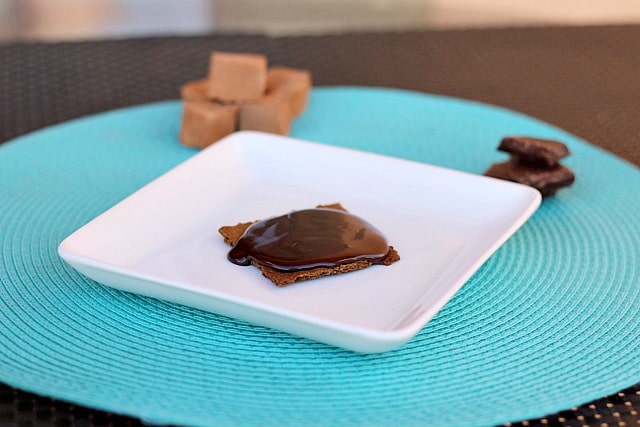 Top the chocolate syrup with the marshmallow cream.... 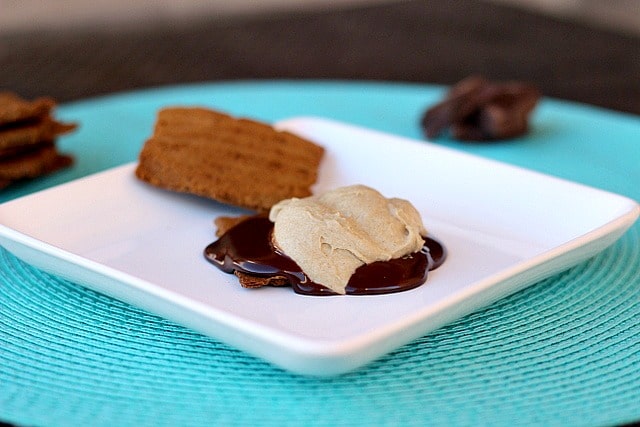 ....cap it with another graham cracker and voila! 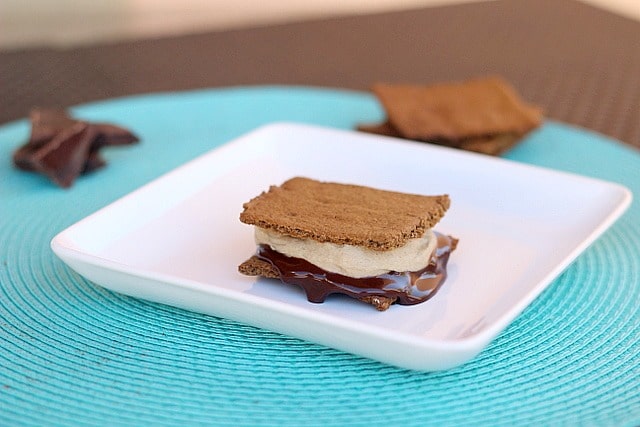 ....and in case you were wondering about the taste.... 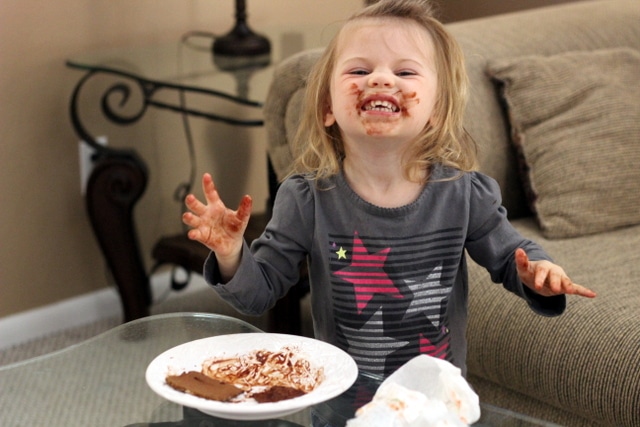 When was the last time you had a s'more?

Before my husband and I were married, he lived in a tiny apartment with virtually no furniture, and one night we sat on the floor and made them by the light of tea candles. 🙂