Readers, I've taken a deviation from my normal Monday recipe to address an issue that has been an ongoing problem for myself and my fellow bloggers. I will have a new recipe up later this week! Thank you!

Below, is the exact phrasing from the U.S. Copyright Office regarding recipe creation:

Copyright law does not protect recipes that are mere listings of ingredients. Nor does it protect other mere listings of ingredients such as those found in formulas, compounds, or prescriptions. Copyright protection may, however, extend to substantial literary expression—a description, explanation, or illustration, for example—that accompanies a recipe or formula or to a combination of recipes, as in a cookbook.

The subject of recipe credit/acknowledgment is one that I have become very passionate about in my few short years of blogging.

As a smaller blog with fewer followers, I feel it's easy for other food bloggers to think that they can easily get away with stealing or slightly modifying my recipes and passing them off as their own. 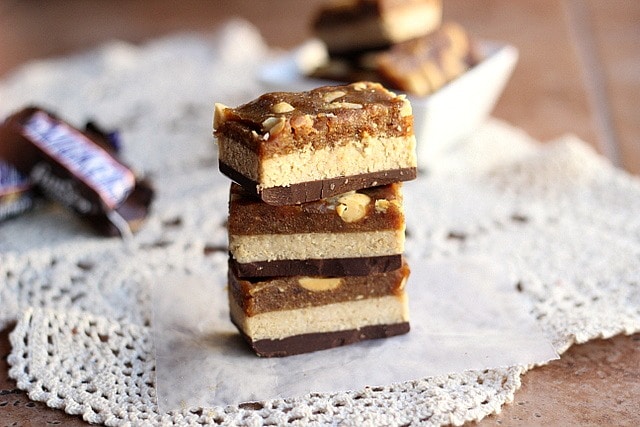 Ah, my healthy 5-ingredient pumpkin fudge recipe....my greatest success/failure. Success because prior to my posting it on October 1, 2012, NO ONE (unless they were 20 pages deep on Google) had created a healthy pumpkin fudge. I was SO excited about the idea because it was so original, and once I posted it, the recipe was a huge hit for me. (You can see it here on Foodgawker, 19 rows down, on the right, with over 3600 views). 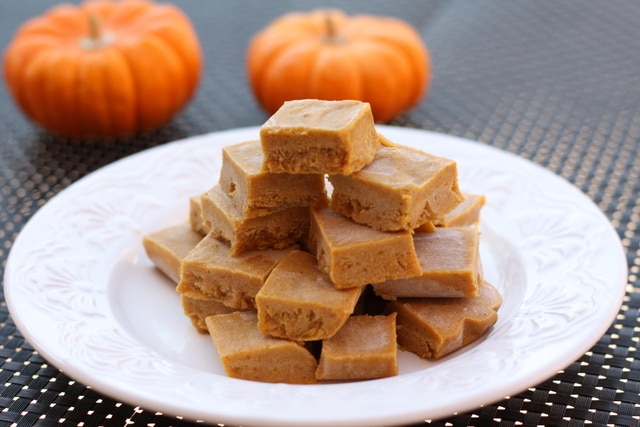 Failure happened when I didn't retest my creation enough. I became more entranced with the idea of my achievement rather than the actually execution of the recipe, and as a result, I knew in my heart the recipe wasn't the best it could be. Ultimately,  I pulled it off the blog for that reason.

The kicker of the whole thing was seeing recreation after recreation of 'healthy pumpkin fudge', 'raw pumpkin fudge', etcetera, beginning approximately two weeks after my original post, from more popular blogs. Do you think any of them referred back to me as inspiration? Not a one. Is it possible they came up with the idea on their own two weeks after my post? I suppose, but I doubt it.

It was a devastating blow, because at the time, I was so small, and felt very cheated out of my idea.

While neither the Quinoa Pizza Crust nor the Cauliflower Crust are my original ideas, I added very original components to my versions, AND I CITED THE SOURCE from which I adapted both creations which, I believe, is how it should be.

With the exception of maybe 10% of recipes, we ALL get our ideas from somewhere, and it just comes down to how much we modify a recipe.

My Healthy Fun-Size Snickers Bars were a completely original idea, ingredients-wise, that I developed mainly from my Double Layer Cookie Dough Bars. Even the look of them was original, based on my laziness of not wanting to cover the entire thing in chocolate and make a huge mess.

I've actually had readers write to me (God bless you guys) about other bloggers stealing my recipes, and I've come across them on my own, only to have to address the blogger personally (which is not fun). Most of the chicks have been receptive, saying that they just 'forgot'.

I actually found my Cauliflower Crust recipe on another site (a recipe I worked very hard to make dairy-free), but the girl had literally changed the cauliflower to broccoli and simply doubled every single ingredient.

After writing to her and confronting her, she admitted to basically nothing and has not acknowledged me in her post to this day. 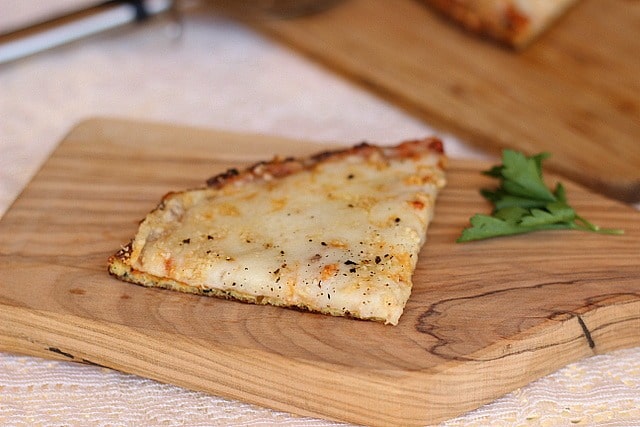 The tricks that some bloggers come up with are amazing. I've actually seen some people remove the dates on their posts in an effort (I believe) to cover up such indiscretions. Trust me, I read a lot of blogs, as I'm sure most of us in this business do, and I'm acutely aware of the upstanding people, as well as the shadier ones that won't ultimately last either because of their unscrupulous actions or because they have no original ideas of their own.

It gets me extremely worked up, because I'm here at my humble house, spending our hard-earned money, as well as my time on these recipes (the Cauliflower Crust in particular was a bitch) and another larger blog comes along, copies what I do and receives not only accolades, but also views, followers, and, ultimately, money.

I know there are a few rare bloggers who aren't out to monetize their blogs, but honestly, most of us are (including myself), so this really is a bigger issue than what it may initially seem.

I think it's extremely important that we cite the main source from which we are adapting a recipe (I even cite inspirations, if I feel the recipe is unique enough).

These Chickpea Chocolate Chip Cookies are outstandingly original (and I see them ripped off quite often), Cauliflower Crust began as a totally original idea, Black Bean Brownies began sometime in the early-mid 2000s, with some of the earliest recipes from Weight Watchers sites, Skinnytaste and Ania Catalano, and (to the best of my knowledge) Jason Mraz pioneered the avocado chocolate bliss that we all know and love to this day.

Believe me, I get wanting the world to think I come up with every recipe on my own, that I'm that smart, that much of a culinary genius!...but in reality, the best thing I can do, is try to make a recipe the BEST it can be! That way, when someone tries it, they like it so much better than any other version they've tried, that they do end up considering me the food wizard I so desire to be.

When To Cite (in my opinion):

David Lebovitz wrote a great article on this subject, in which he lists the following rules for recipe attribution:

The rules that most cookbook authors and food writers follow are these:

1. If you're modifying someone else's recipe, it should be called “adapted from“.

2. If you change a recipe substantially, you may be able to call it your own. But if it's somewhat similar to a publisher recipe, you should say it's “inspired by“, which means that you used someone else's recipe for inspiration, but changed it substantially.

3. If you change three ingredients, you can in most instances call the recipe yours.

Number 3 is a tricky area, but if the recipe is so unique, you may want to give credit for the inspiration.

There are hundreds upon hundreds of recipes for dishes like hummus and desserts such as chocolate chip cookies, but if I'm making Cayenne and Lemon Chocolate Chip Cookies and Peggy Sue over at Hot Southern Kitchen just made Cayenne and Orange Chocolate Chip Cookies, chances are I should refer over to her as my inspiration source. I think we can all use our common sense here!

I hope this hits a chord with some of you, and that we can all work together to give credit where credit is due!

As I stated above, just make the recipe the best it can be, and others will take note. You don't have to try to hide the fact that you received inspiration from another recipe or that you adapted it. In the words of David Lebovitz, 'when in doubt, always give attribution!'.