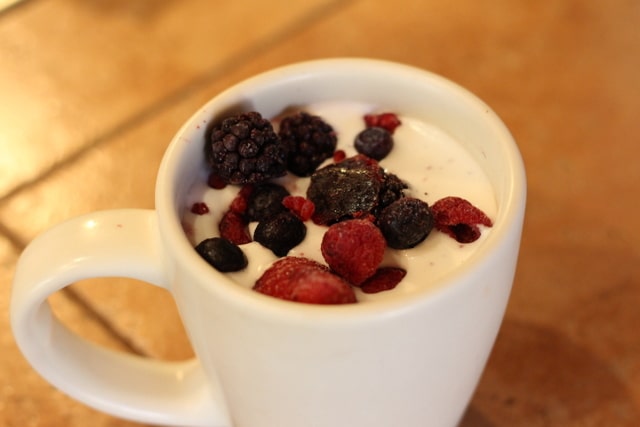 I've still been enjoying my Ice Berry Milk lately. This morning, I had it with some freshly made hemp milk. If you've ever made fresh nut or seed milk, there is a creamy foamy layer of deliciousness that appears soon after it's blended, and I just love to sip on it immediately, especially when it's paired with the frozen berries.

Soon after, I also had a couple of pieces of my Favorite Gluten-Free Bread topped with coconut oil and a sprinkle of sea salt... 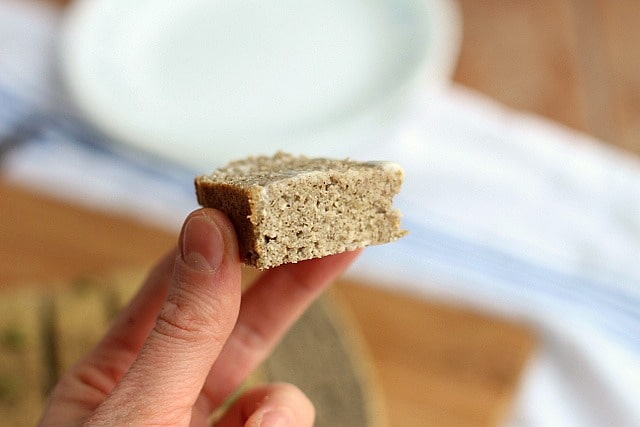 Lunch today was one of my favorites and a test recipe... 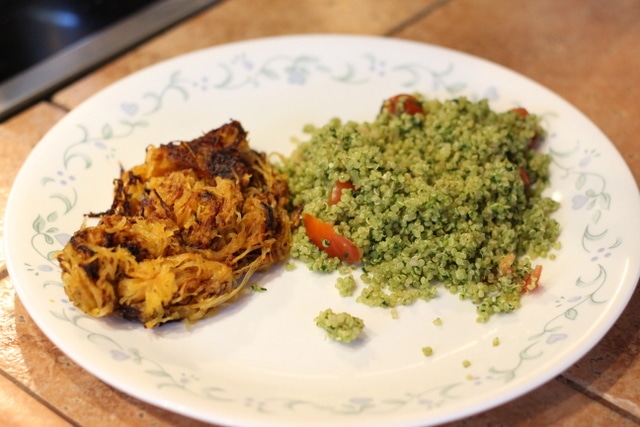 ...the favorite being quinoa mixed with a big dollop of Adaptable Pesto and chopped cherry tomatoes, and the test being these 'atomic' spaghetti squash 'hash browns'.

I didn't think the squash was going to turn out since it began charring quick, but it actually ended up pretty tasty! I call it 'atomic' because I've been on a cayenne kick, adding it to everything, not the least of which was this recipe. 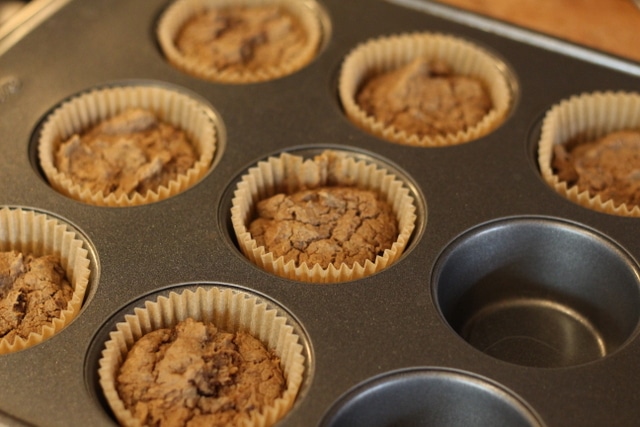 Another test recipe this afternoon, I made some vanilla chip sugar-free blondies out of white beans (no flour).

I recently bought some gelatin and added it in as an egg replacer, and it worked really well! I really enjoyed these, so I might post them in the near future.

For dinner, the hubs made burgers and fries for himself and the girls, so I made myself a cauliflower crust pizza... 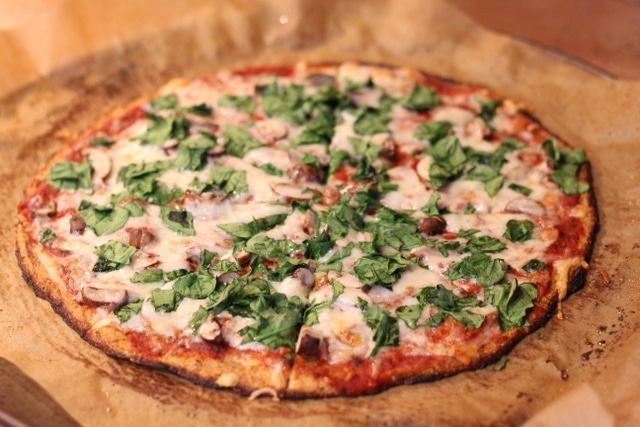 I wanted to try this recipe out without having to cook and squeeze out the cauliflower, so I just riced it, mixed it with a couple of other ingredients, and baked it up!

I wasn't able to pick it up as well as my original recipe, but I still enjoyed it! I topped it with my Homemade Pizza Sauce, some raw white cheddar cheese, mushrooms, and spinach. 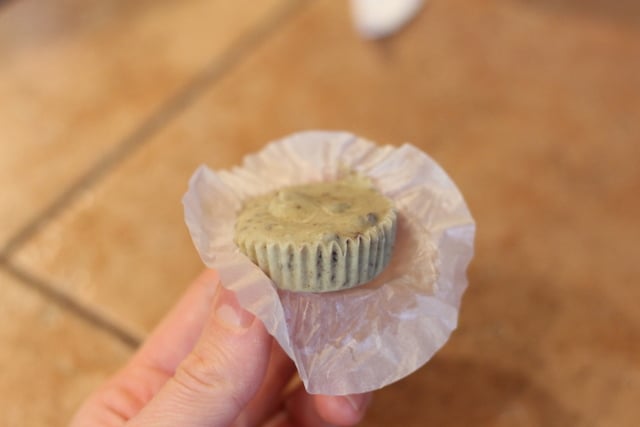 I made these treats one night when I was craving something with chocolate, but didn't want to keep my son up from the caffeine (so I couldn't go too crazy on the cocoa powder).

I mixed coconut butter, coconut oil, Homemade Pumpkin Seed Butter, vanilla, mint, stevia, and a few chocolate chips to create a smooth and creamy treat. Anything mint makes the end of night seem so much better!

What are you eating this week?