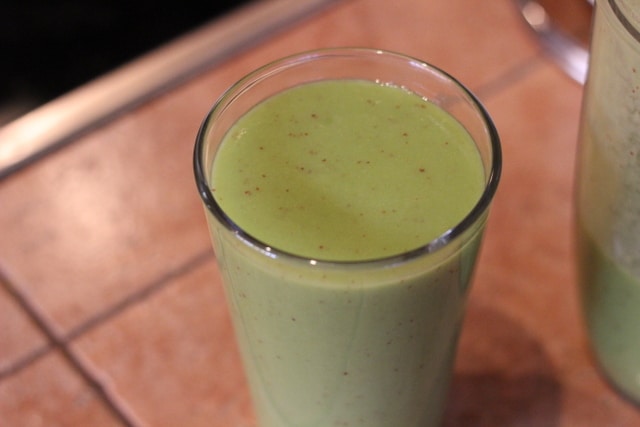 On days my husband is at work and I don't head to the gym, I'll deviate from my normal Choco-Berry Smoothie Bowl and make an apple berry variety or this Creamy Apple Pear Smoothie.

In lieu of the dates and honey, I've just been adding a dash or two of stevia, and I've also been adding a large spoonful of my Homemade Pumpkin Seed Butter instead of the avocado, which replaces the avo's richness. I also go a bit nuts with the pie spice and vanilla extract.

It's been ensalada gay-lore for lunch lately... 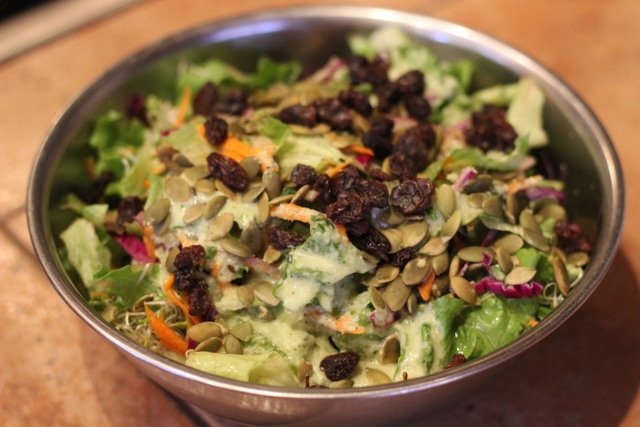 I've been working on a creamy herb dressing for months now, perfecting and simplifying it as best I can for posting.

I've also been adding dashes of Herbamare to everything, including salad. I purchased my first bottle of it from Vitacost not too long ago, and I just love it. It's great on popcorn too, fyi.

A bit later in the day, I had a giant cheese crisp loaded with raw white cheddar cheese... 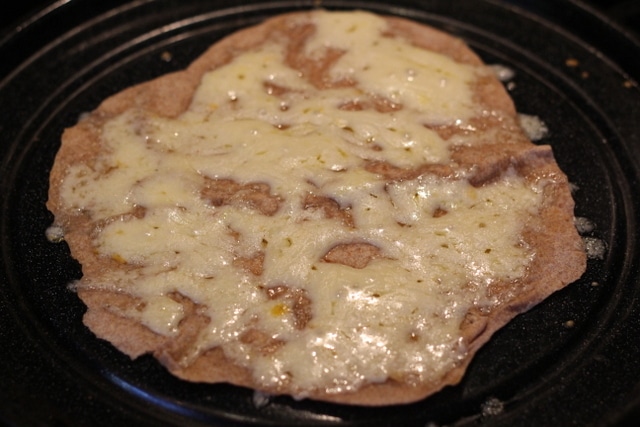 I used my Homemade Spelt Tortillas for this, which I could eat by the boatload!

For dinner, I was craving veggies and quinoa...

For the quinoa, I lightly saute garlic, snow peas, and cherry tomatoes, and then add in the cooked quinoa along with a large splash of apple cider vinegar.

I served this alongside roasted eggplant slices and parmesan broccoli, which I steamed and rather enjoyed (usually I roast broccoli, but this was a nice change). 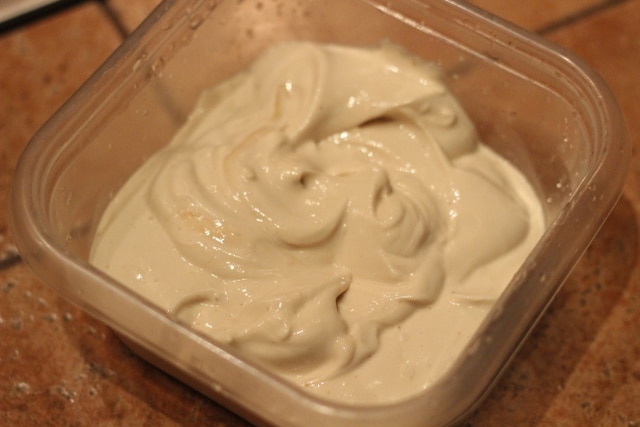 A low sugar, experimental vanilla ice cream(ish) was my dessert of choice. A delicious way to end the night!