This week, I have been thoroughly enjoying quinoa granola... 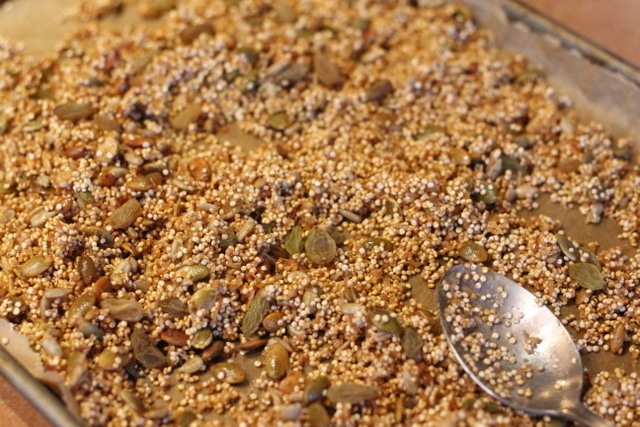 I make mine nut-free and with as little sweetener and oil as I find still tasty, which doesn't amount to much!

I like to sprinkle this over greek yogurt with an extra sprinkle of cinnamon and some sautéed apples for a special breakfast. 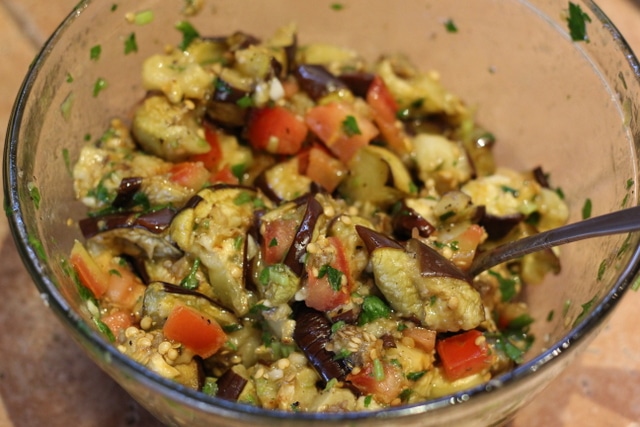 A bit later, I made myself a roasted eggplant salad, one of my favorite ways to enjoy the delicious vegetable.

Later in the afternoon, I was craving potatoes, so I made myself a vegan version of the classic Nicoise salad... 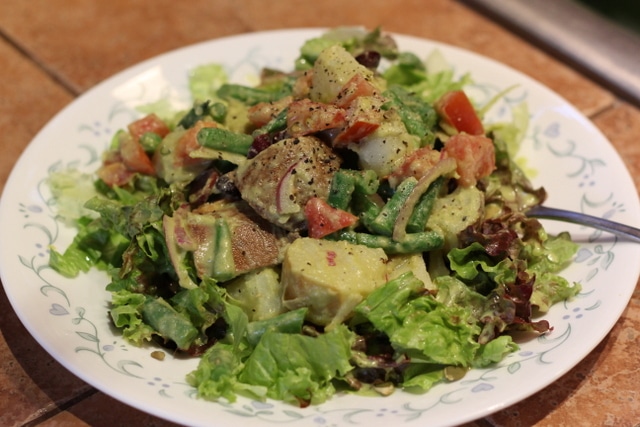 ...green leafy lettuce topped by warm red potatoes, crisp green beans, chopped tomatoes, sliced red onion, and Kalamata olives all mixed with one of the most delicious dressings I've ever made! The dressing will definitely get posted in the future.

Today was definitely a day of new recipes and experimentation...

...it actually might be more fair to say that I was trying to use up some food going bad in my fridge, namely eggplant, green beans, spaghetti squash, and cauliflower. 🙂

For dinner, I used a withering cauliflower head to make the cauliflower cheese sauce from my Creamy Cauliflower Alfredo recipe and mixed it with spaghetti squash 'noodles', chopped chicken breast, and plenty of spinach. I then topped it with a mix of parmesan and wheat germ, in place of breadcrumbs.

This was sooooo delicious, if I could toot my own culinary horn for a moment. 🙂 Even my little girls ate it up and asked for more (unheard of around here). 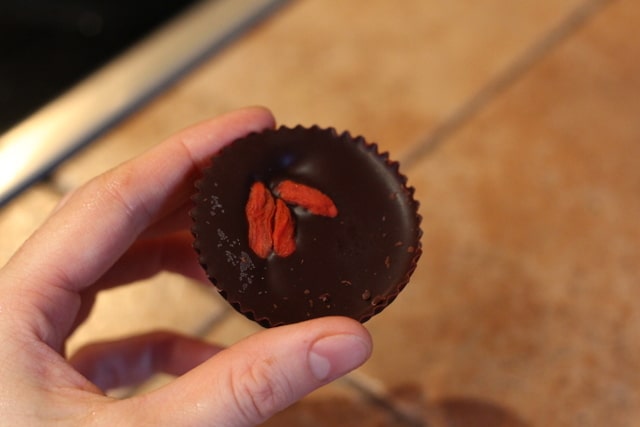 For dessert, I tweaked my Homemade Chocolate recipe to create a creamier consistency, which ironically led to using both less fat and less sweetener. A total win-win situation, and ending the night with chocolate is always satisfying.