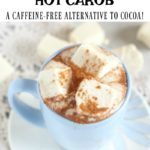 Thick Hot Carob is a delicious and caffeine-free alternative to hot chocolate! Lightly sweetened with a combination of honey and stevia, and made thicker with arrowroot. 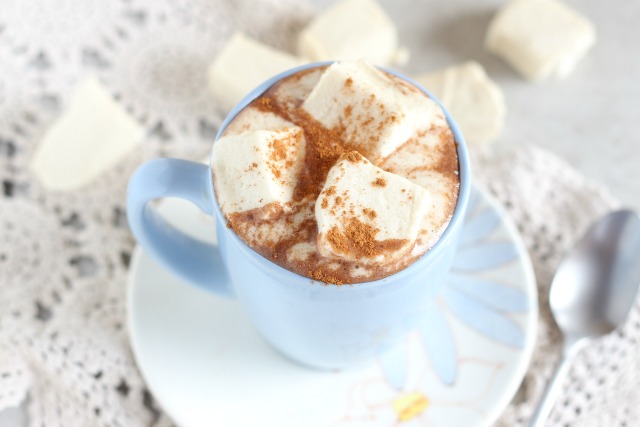 It's been a hot minute, as the kids say.

Life has been chaotic over here, to say the least. We've had two birthdays (Jade and Natalie turned ten and eight, respectively), one pulled tooth (me...wah!), a Christmas pagaent, family visits, all along with a few extra money stressors and a new baby.

Mckaela has really been a great baby though, and the whole family has taken to her presence very well. She's probably the best baby I've had, as far as disposition and sleep go, so that's been such a blessing. It's really amazing how different kids in the same family can be...I've just been in awe of that lately!

All my littles are home for Christmas break, so we've been making some fun treats together, not the least of which is today's recipe.

How To Make Hot Carob

I've always been a sucker for carob, though it never 'took off' with the mainstream foodies.

Carob is often compared to chocolate, and while the two look similar, they really don't taste much alike. Carob is naturally sweet, while cocoa is bitter.

Because carob is sweeter, it requires less added sweetener when used in treats.

I make this hot carob as an alternative to hot chocolate, and I have to tell you, I may like carob better! It's a nice change, and it helps you avoid the stimulating buzz of cocoa. That can be something to consider if you crave hot chocolate at night, for instance.

I like my chocolate or hot carob nice and thick, and I accomplish that by adding in a slurry of arrowroot and water. It adds a little body and mouthfeel to the drink, making it much more luscious.

Carob is pretty cheap, so I hope you consider giving this yummy hot carob a go!

If you're not into carob, try our Favorite Hot Chocolate! 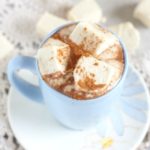 Be sure to follow step six and pull the pan off as soon as the mixture has thickened. If you continue to heat it, the thickness will 'break' and leave the mixture watery.

Give my Lower Sugar Marshmallows a try to compliment your hot carob! 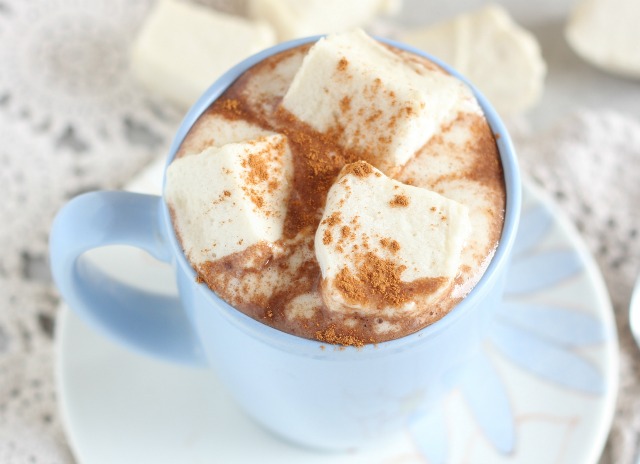 ♥♥ I hope you all have a Merry Christmas! I will be back soon with more deliciousness! ♥♥