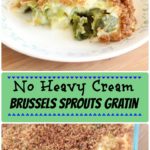 Hearty and flavorful, this Brussels sprouts gratin is made with a special dairy-free onion 'cream' sauce! 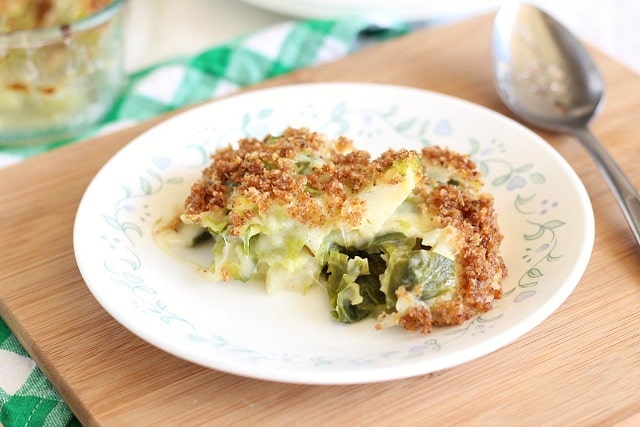 I'm hoping so much that today's pictures showcase the deliciousness of this recipe.

I've been working on this for weeks now, trying to perfect it in both ingredients and technique. Since we've moved, however, I haven't been able to find my 'sweet spot' in the new house for picture-taking.

This week, though, I was able to carve out a little niche in the garage, of all places.

Back to the sprouts, I wanted to create something using my Onion Cream Sauce in lieu of the heavy cream typically added to gratins. 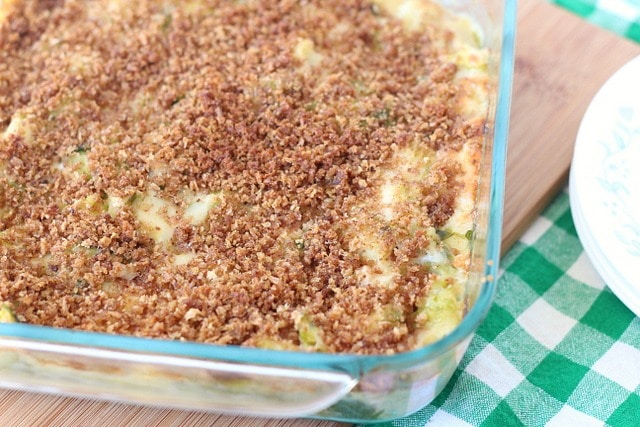 Flavor-wise, it turned out to be a great pairing with Brussels sprouts. The onion, garlic, and thyme all play a part in helping this really come together.

In one of my first attempts, I didn't pre-cook the sprouts, which yielded a crunchy bite that I didn't hate, but knew others would (including my 'I-have-to-have-my-vegetables-soggy' hubsy). 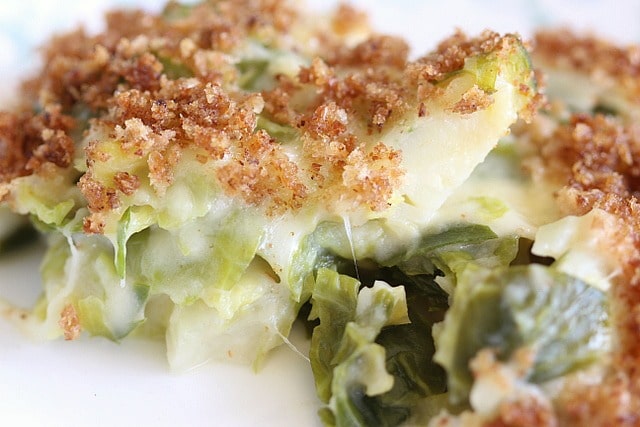 Because I didn't want to lose out on the nutrients of the Brussels, I chose to steam them first, which produced MUCH better results!

I also like to chop them up, cole slaw-style, as the kids eat them better that way. You can leave them halved though, if you prefer. 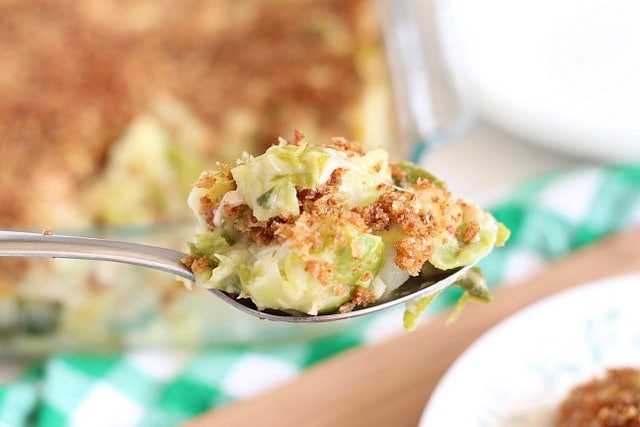 After steaming, a good mix with my Onion Cream Sauce, a handful of cheese, and a sprinkle of homemade breadcrumbs (technique for that is listed below the recipe), I feel I've created my best version of this Thanksgiving staple. It's one I know our family will return to again and again! 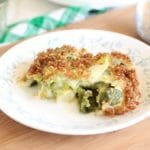 FOR THE ONION 'CREAM' SAUCE:

To make your own breadcrumbs at home, put the bread of your choice (I usually use Ezekiel bread) into an oven (no pan underneath) set at 400 degrees. Bake for 10-12 minutes, flipping once at about 5-6 minutes, until bread is crisp and has dried out.

Cool a bit, then pulse it in a food processor for 5-10 seconds until it resembles coarse sand. Use as directed. 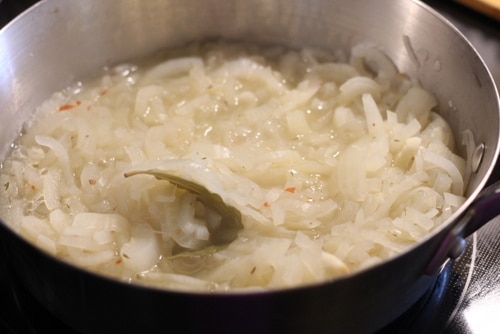 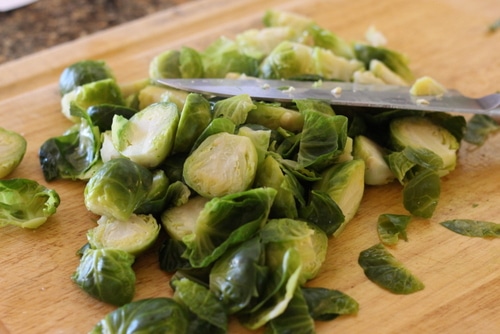 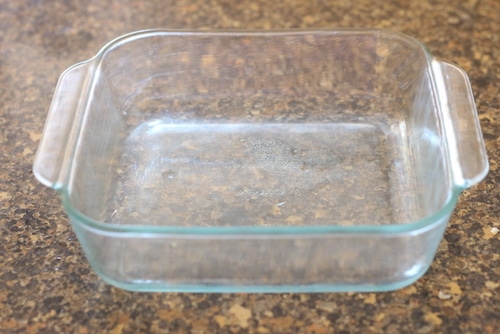 Layer in the sprouts... 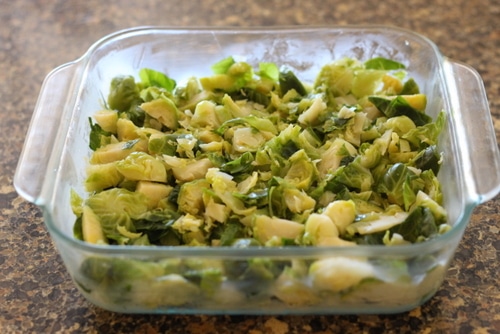 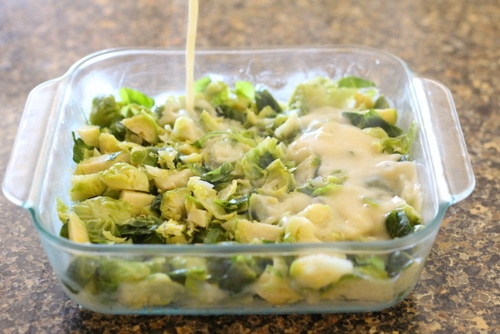 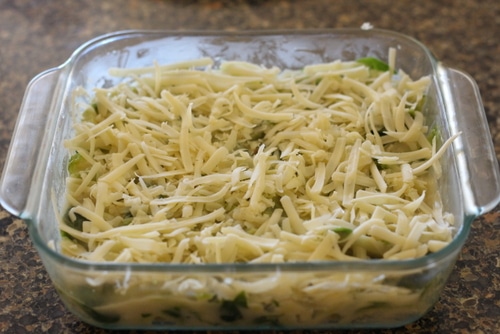 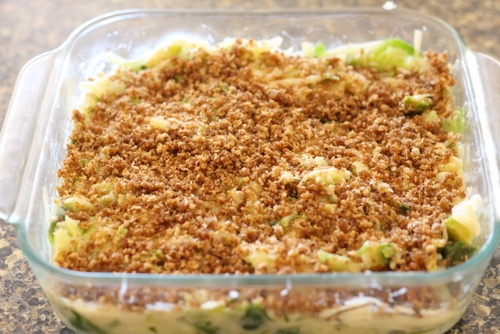 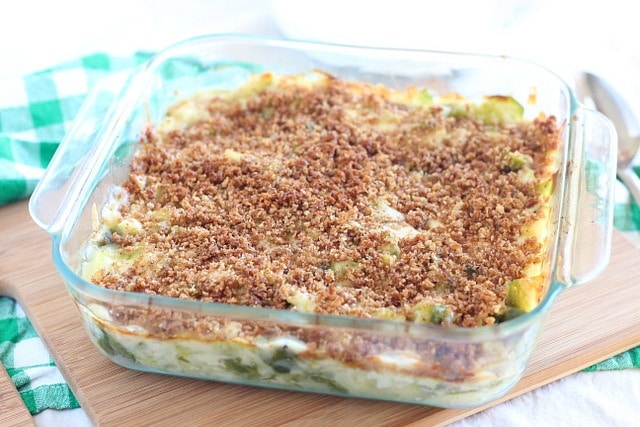